The picture below is taken from where I usually sit looking across the Green Sanctuary towards the north east.  Within this picture which covers an area about a square meter in extent, and including part of the original Square Metre, the following tree species, 12 in all, are growing, self-sown by wind, birds or animals: birch, oak, wild service, goat willow, holly, hornbeam, ash, hazel, hawthorn, wild privet, yew and sycamore.  There are two species of wild rose, ivy, bramble and spindle that has suckered in from the side.  There is a planted hedge of box and Lawson's cypress at the rear. 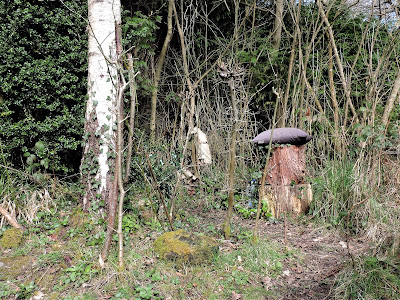 It is difficult to see all these species in the picture and I keep most of them reasonably small so that they don't take over.  However, it does show how woodland can regenerate from open grassland if nature is left alone to do the job for herself.
The mature birch tree towards the left is now regularly shedding storm blown unopened male catkins. 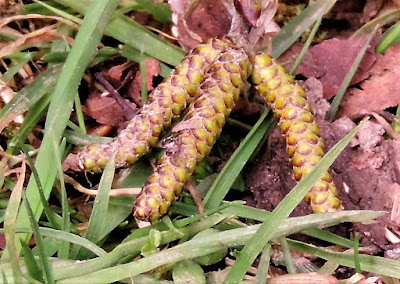 The sallow flies, Egle spp., that breed in sallow catkins have emerged.  The one below is settled on a dead oak leaf speckled with a microfungus that will eventually help with its breakdown and return to the earth. 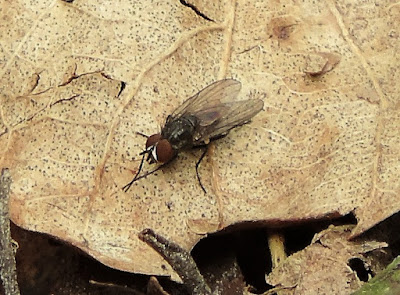