Today I made a maintenance visit to the Square Metre project, partly to celebrate the 13th anniversary of the project (which I have seriously neglected during the summer) partly just to tidy up a bit and restrain the brambles.  Most of the tree species have grown vigorously.  The large birch is now one of the tallest trees in the garden; the hornbeam has put on a good metre as has the oak.  The holly and the hazels are doing well and both will make feature items in this 'square metre wood' as it has now become. 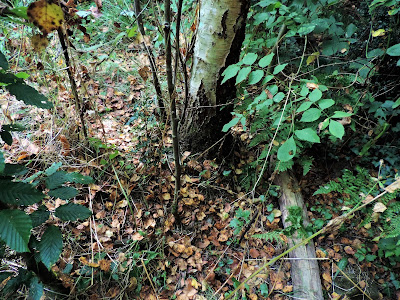 Many of the birch leaves have fallen already, carpeting the ground with yellow brown making it quite unlike the grassy meadow it was in the past.  The oak has grown vigorously and many of the leaves have had their undersides totally grazed out by larvae of the oak sawfly (a Caliroa, annulipes I think). 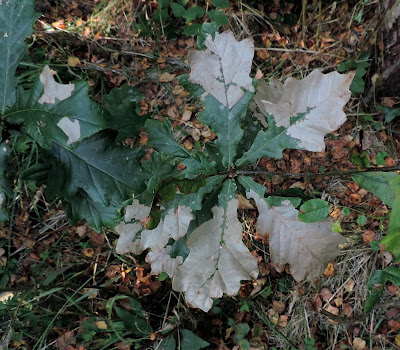 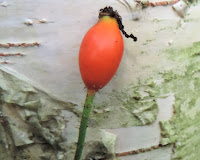 There were no flowers out, but a splash of colour was provided by a few hips of small-flowered sweet briar, Rosa micrantha, identified when in flower during the summer.  I have nurtured it from when it was a seedling in 2004.  Another prickly customer doing well in the bramble hedge is shown below. 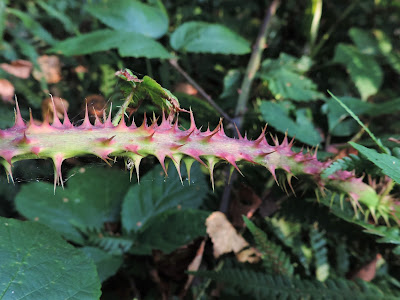