The cold wet summer has resulted in overmuch green growth and M3 is dark and shady.  I let in a little more light around Lammas (1st August) by pruning some of the more vigorous shoots on the cordons (hornbeam, ash, birch and oak).  However, many of the usual plants have flowered including greater bird's-foot-trefoil, knapweed and hedge woundwort.  The latter I noticed looks as though it has a spike of flowers but this is an illusion caused by coloured bracts, buds or faded blooms with only two or three flowers out at any one time. 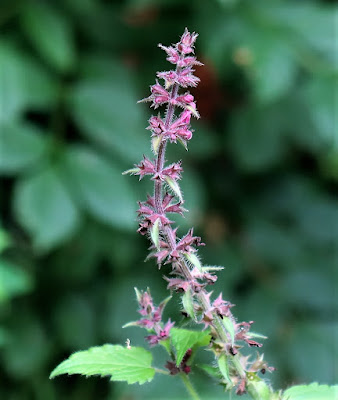 Ivy has enjoyed the cool, wet conditions and by the end of August had doubled its height up the birch trunk and has reached up some 3 metres. 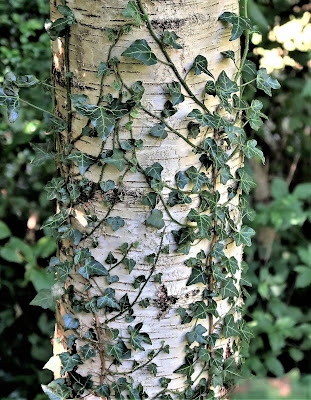 Invertebrates have been disappointing and numbers are down almost everywhere.  One high light though was a silver-washed fritillary which glided imperiously round the area for two or three days in early August> 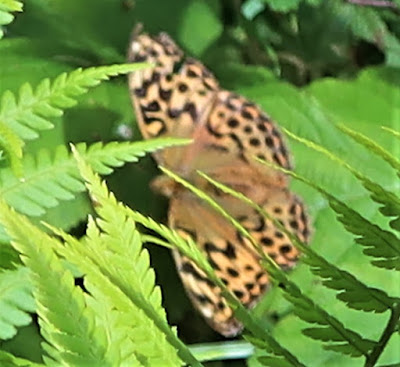 Another new record for the Green Sanctuary was the het bug Apolygus lucorum exploring the bramble cube. 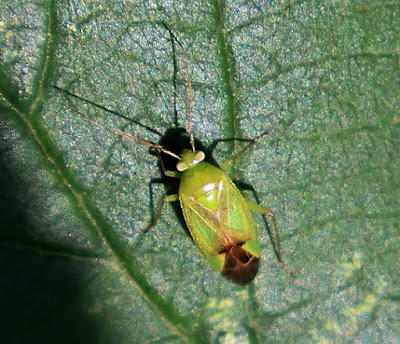 I spent much time during this period trying to photograph the various dolichopodid flies with their glittering green integument.  Sometimes there were several of the tiny Medetera spp. leaf-walking (its size can be judged by comparison with the birch seed to the right of it).  These were difficult to photograph but the larger insect (which I have not tried to name) produced a better result.  I have given up catching and trying to identify small insects. 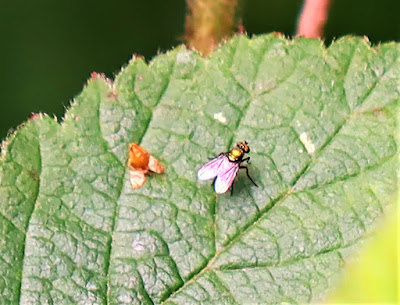 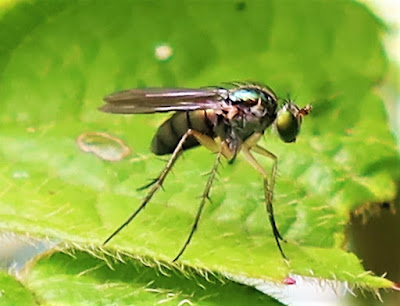 The area was also visited by the bumblebee hoverfly (Volucella bombylans).  See below. 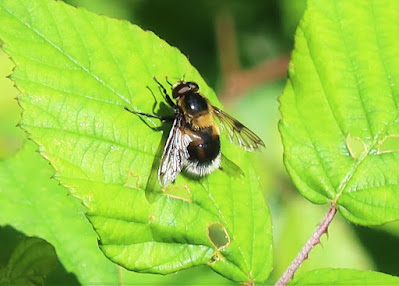 And quite a few plants of goosegrass had their leaves rolled by the gall mite Cecidophyes rouhollahi. 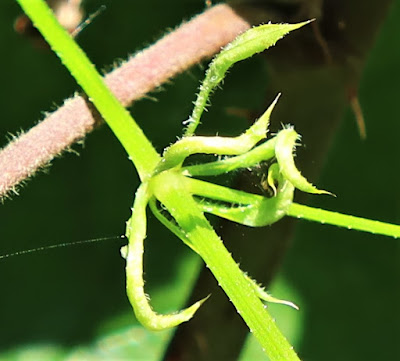 This year I noticed several birds lying on warm surfaces and fluffing out their wings, maybe after a water bath or dust bath.  Below is a robin doing this on a bench I use to contemplate the Square Metre. 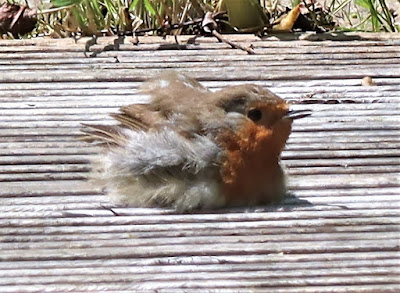 Such close attention often enables me to find things a would normally overlook.  For example, below is a cherry stone I spotted on 10 July, brought, I would guess by a passing bird.  The probably source is some wild cherries trees further down the garden.  I doubt whether it will get much further: mice and voles are masters at gnawing through to get at the kernel - a tasty treat. 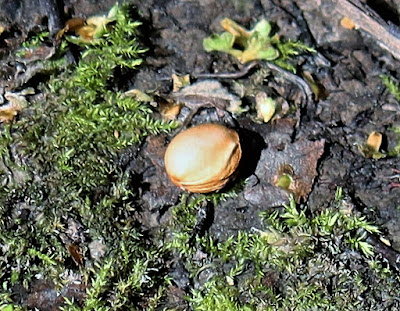