Maybe a Common Bonnet at the year's end 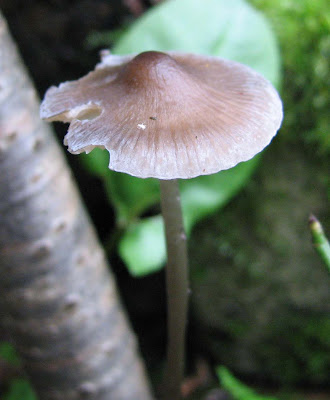 On my last visit to Emthree in 2006 I spotted a Mycena toadstool growing in the north west corner of the Metre Square. It looks like a common bonnet (Mycena galericulata), a new record for the square.

As a start to 2007, I like this quote from R. Bruce Hull (2006) in Infinite Nature: "it will become increasingly obvious that deciding which natures should exist requires imposing human values for which natures we want to exist.” Conservation eventually becomes a matter of design as my experience with this project shows.