A mild and sunny day and the insects are starting to reappear.  At about midday there were two queens of the tree bumble bee Bombus hypnorum flying about and scrabbling on the ground as though looking for somewhere to nest (though this is normally an aerial nesting species)  It has been expanding rapidly in Britain since its first record in 2002 and is common in our garden.  It is readily identifiable from its brown-haired thorax and white-haired tail. 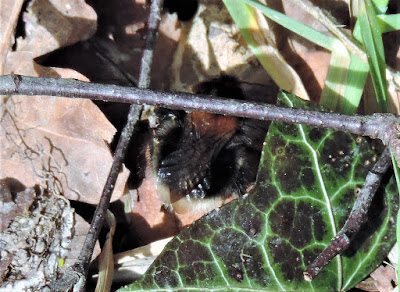 On a sunny day the trunk of the birch tree in M3 is a magnet for flying insects.  Today I noted many sallow catkin flies (Aegle spp.) and two mining bees: the small sallow (Andrena and Clark's (A. clarkella).  The Aegle spp. (see below) are always common here when the sallows are in flower as the larvae live in the fallen catkins. 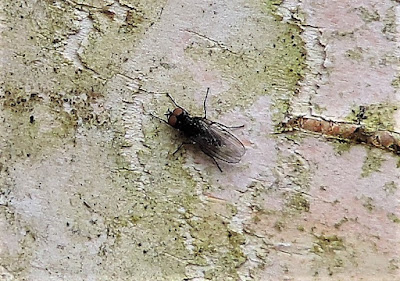 The Clark's mining bees have a nesting aggregation on the root plate of a windthrown chestnut just beyond the end of the garden which is probably where this male came from.  Both mining bees are very fond of visiting the catkins of sallow trees and there is a very large example of Salix caprea just coming into flower a few metres south of M3. The picture below is of a male Clark's mining bee: the small sallow bee was too quick for me. 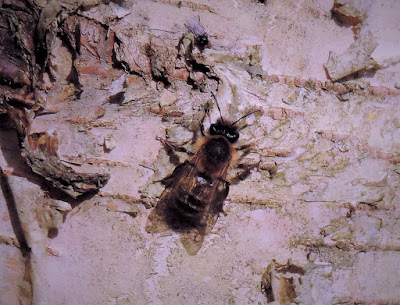