Quite a few new things this autumn.  In Medlar Wood, now more open than in earlier years, wood avens, Geum urbanum, has flowered well and its hooked fruits make a modest feature, especially when the sun catches them. 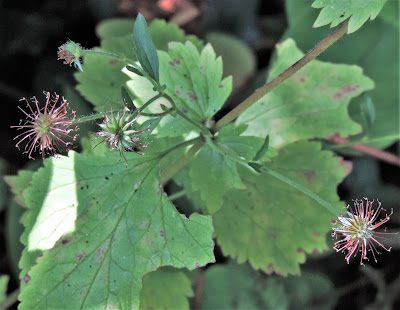 Fungi have been rather few, but there was one fine birch bolete, Leccinum scabrum, with its subterranean mycelium no doubt growing symbiotically with the roots of the large birch tree in M3. 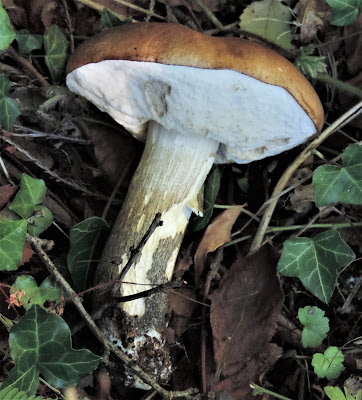 While carefully scrutinising the oak sapling in the Penumbra I had no difficulty in discovering this larva of a harlequin ladybird (Harmonia axyridis) sitting as bold as brass on top of a leaf. 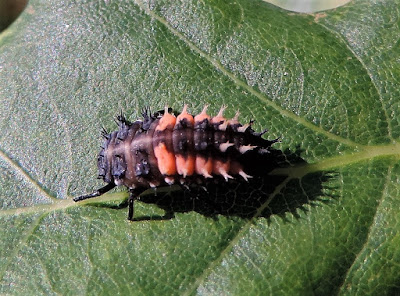 Three weeks later there was only a pupal skin in the same place on this leaf and a distinctively patterned adult wandering round at the top of the shoot, an adult which I suspected was the same individual as the larva and the pupal skin. 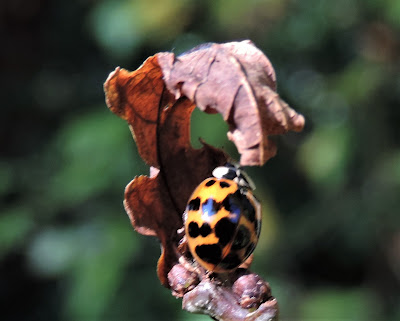 The harlequin ladybird is a predatory alien invader and the adults are polymorphic with many different forms and colours.  They hibernate in large gatherings in houses and our neighbour had them flying in through his open door and settling on the walls and ceiling.  Standing outside one could see them homing in like honey bees to the hive.

Another alien invader is the ram's horn gall wasp, Andricus aries.  I found two of these galls on the same oak sapling as the ladybird.  It was first recorded in Britain in 1997, since when I have found it in several places locally and suspect it is widespread in southern Britain and the Midlands.  The gall is distinctive by its long single or double 'horn' whose function I do not know.  It does not seem to provide food for the larva(e) within, nor would it be likely to deter predators unless they saw the gall as something unlikely to contain a nice, juicy grub. 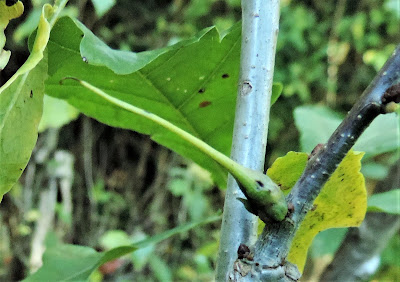