Small insects swarming in the early evening sunshine over The Meadow, each capturing the golden beams and transforming themselves in whirling scintillae of light.

More trimming of brambles and dead stalks this evening: sorting things out after the long break.

On the smaller of the two birches in M3, the lower buds swell and break earlier than those higher up. 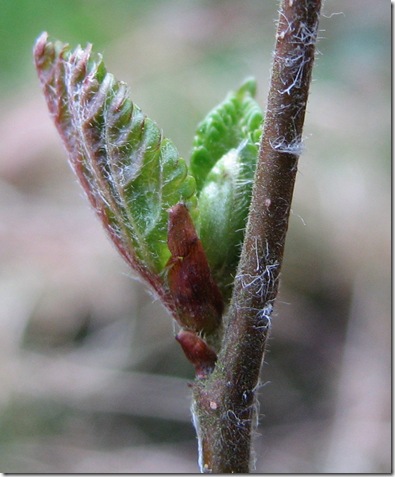 The seed pods of the red campion are like pale brown, castellated cauldrons, some still with a few black seeds within. 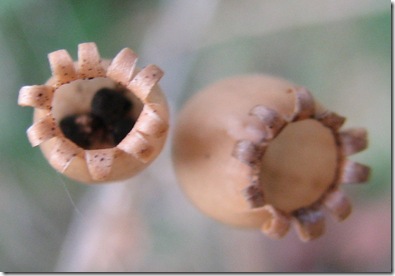 Clearing long grass at the south east corner of M3, I found a seedling holly and a seedling ash, protected under the herbage from the rabbit attack so prevalent elsewhere. 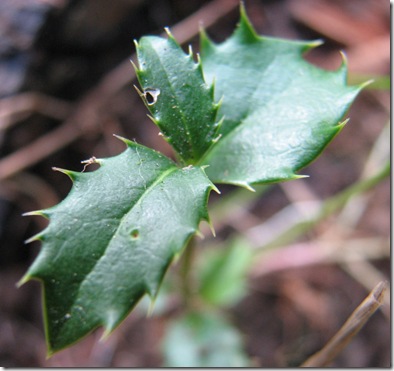 It shows how matted winter grass can give early protection to tree seedlings that might later find shelter under brambles and eventually be able to grow to their full height.

The holly above looks as though it might be Highclere holly, Ilex x altaclerensis, a common garden escape and with flatter leaves than the native British holly, Ilex aquifolium, in the picture below.  Note the rabbit-bitten stubs of the leading shoots. 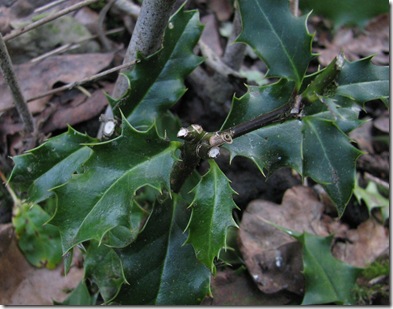 Spring has arrived with an appropriately sunny and reasonably warm day and I have returned to Emthree after repining for much of the winter with a sort of dukkha composed of tiredness, cold, anxiety and a variety of small afflictions. Maybe M3 will help me transcend all this.

The Square Metre itself is fleeced under a close-knit mat of pale brown and green grass, with various forbs starting to grow through. The box bush behind North Wall is in flower and a queen bumble bee boomed among the brambles in the southern hedge as she looked for a site to make her nest.

Most of the previously recorded plants seem to be happy, the rose is leafing and buds are breaking on birch and sallow. 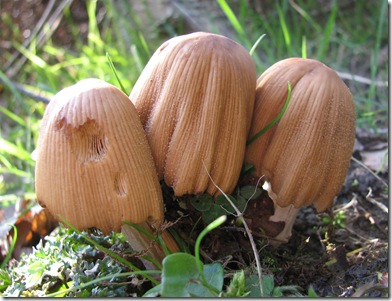 One surprise was the presence of three bright brown toadstools like the three wise monkeys. I have identified them as shining inkcaps (Coprinus micaceus) growing, I expect, from buried dead wood. The last time I saw these inM3 was Christmas Day 2008 – they seem to like special days!