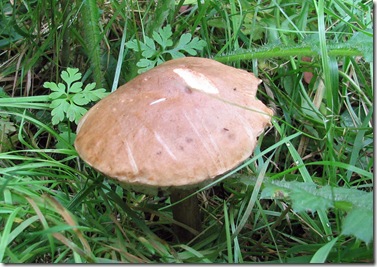 The appearance of a birch bolete by the western edge of the square metre was quite a surprise.  It was the largest of the fungi so far recorded and, as it is quite close to the birch tree on Thistle Moor, it would seem that it has had time to form a mycorrhizal association with the tree roots and produce a fruiting body. 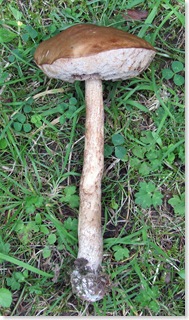 The birch tree only appeared as a seedling in 2004 and is  now maybe four metres tall.  It has already been host to several microfungi, leafminers, sawfly larvae and other flora and fauna and is a good illustration of how one plant can support a whole community of biodiversity.

This in turn should boost the invertebrate count with beetles and flies associated with larger fungi of this kind.