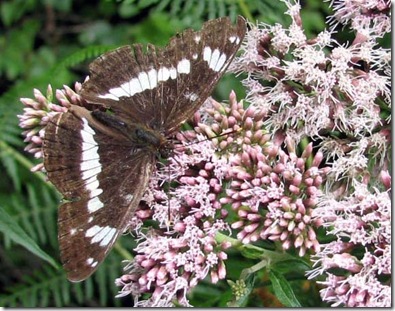 The highlight of today was the appearance of a white admiral butterfly in Emthree.

I think there is one butterfly in the garden and I saw it first yesterday from the windows of our house as it flew round the back door.  Today I saw it again several times, mostly at bramble flowers.  Then, as I was heading to feed the tortoise, it rose up from Emthree and circled round briefly before soaring majestically over the hedge.

I was not able to get a photo, but the one above shows a rather worn example in a local wood nectaring on hemp agrimony. 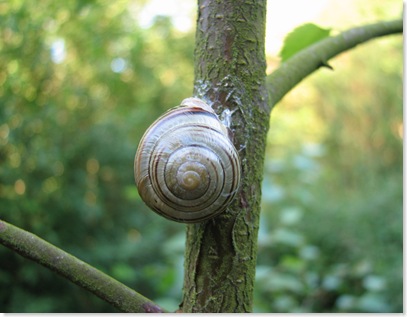 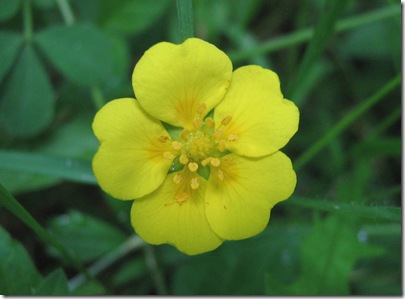 19 May 2008  The figwort has started flowering now. The one behind Bittercress Moor is almost as tall as I am.

A centaury plant seems to be making it to the north west of Midsummer Pond. Not the sunniest place in the project, but bare ground which this plant likes. This is the first I have seen in Emthree since October 2006.

The smooth-rush wands have been rather pushed over towards the pond, maybe just an effect of wind.

It is clear and cold.

20 May 2008 Everything is growing with great speed and vigour – I need to spend time, lots of time at Emthree but I think it will be okay for a while during my busy period.

Petals are falling from the medlar on to Mespilus Assart and Planet Terracotta – small white hearts.

21 May 2008  I have at last done some serious labouring. I tied back the brambles and physically pushed them into North Wall and the box bush where the thorns have, for the moment, held them fast.

Heath speedwell (Veronica officinalis) is in flower now and pink is showing on the bud on the campion in The Waste. I have found new shoots on the gipsywort, now in its third season and seemingly not minding in the least that it is not growing in a wetland. The only plants struggling a bit are the square-stalked St Johnsworts (which appear, once again to be suffering some sort of fungal attack on the leaves, distorting them and somewhat stunting the growth) and a ragwort that has keeled over.

Creeping buttercups are putting up a respectable show of flower for the first time since this project began. In the past they have been rather shy flowering.

23 May 2008 The central leaves in the cat’s ear rosettes look as though they have been frosted because of the dense white hairs and I am not sure they are entirely healthy. The flower buds on their long green stalks seem fine though.

24 May 2008 Search as I might I cannot find any smooth tare plants in Emthree whereas in previous years they have been quite a feature in their modest way.

During the night there was heavy, pond-filling rain and Planet Terracotta has its lake again. I wish it was a turlough: such a nice word.

27 May 2008 More rain: some places have had one and a half times more than the average for the whole month of May.

Planet Terracotta is full of water to the brim and it is too wet and cool to feel enthusiastic about doing anything.

One of the cat’s ear buds is showing yellow, so it really is quite an early plant to flower.

28 May 2008 Still trapped by work. I wandered down the jungle-wet garden to feed the tortoise and have a quick look at Emthree.

The rain had borne the sorrel stalks over in great green and pink loops so that their heads touched the ground. All lay in the same direction like worshippers of the rain gods. I was reminded of the piece of music ‘Shaker Loops’.

31 May 2008 Still warm, wet and growing. Two wonderful cat’s-ear flowers out today and more flowers on the campion in The Waste.

Rough meadow grass (Poa trivialis) is coming into its own now.

A queen carder bee likes the common figwort flowers and a queen hornet zooms across from time to time.

1 June 2008 Today I gave Submespilus Assart South its monthly cut with scissors. It had grown a lot since the beginning of May and a surprising number of plants bore flowers: creeping buttercup, wavy bittercress, herb-robert, annual meadow grass.

2 June 2008 A visit to take the first day of the month photos I forgot yesterday.

The wildness and wet continues and Emthree is a jungle.  11th June (haymaking) will be, I keep telling myself, the day of reckoning.

4 June 2008 At last I have a little time. Emthree is having a big summer and I have had to make some serious inroads into the burgeon.

I hand grazed the western arm of Troy Track from Midsummer Pond to my seat. I tied up the knapweed on the north west corner of the Metre and the wild rose with it with it as disentanglement seemed likely to be difficult.

The large black bryony is not doing well this year. There are only two or three climbing shoots and the leaves are sparse with an unhealthy yellowish tinge.

The first bramble flowers are out and I found a white-lipped snail nearly 2 metres up the Thistle Moor birch. The hoverfly Meliscaeva auricollis was seeking nectar and pollen on the cat’s-ear flowers.

6 June 2008 A second cat’s ear is flowering. As tall-stalked dandelions they are very beautiful flowers.

The first ever creeping cinquefoil (Potentilla reptans) flowers have appeared in The Waste. The plant was first seen in Bittercress Heath in October 2006. It then sent one or more runners along Hazel Edge and the these first flowers have opened in Great Plantain Desert, over one metre from its original site.

7 June 2008 I trimmed the bramble hedge dividing Emthree from The Meadow this evening. It is developing very well and is almost as good as any hedge now. The brambles are flowering and rushes are poking through at the western end. There is male fern too in several places giving a variety to the texture and there are also knapweed, hogweed, cock’s-foot and nettles growing up through.

I wonder how it will develop and suspect that woody plants will eventually take over.