My dandelions seemed to have disappeared during the winter.  Perhaps just covered in leaves, though they also lost there late summer leaves.  The more easterly of the two now has several healthy, but unusually narrow, leaves spread starfish-like on the ground. It looks as though some animal has had a nibble at the centre of the crown. 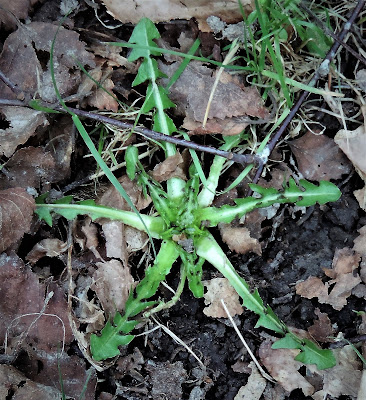 The westerly dandelion looks a little more tattered and there are three or four younger plants still further west.