15th birthday of the project

I have now been studying the Square Metre (aka Emthree and the Green Sanctuary) for 15 years.  It has changed almost beyond recognition from a square of short grass to, effectively, secondary woodland. 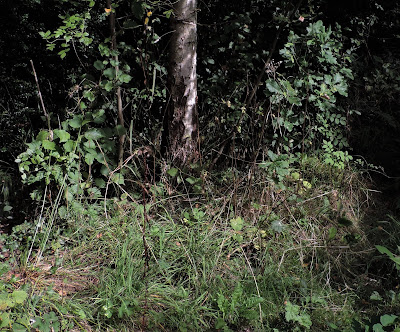 The picture above is very similar to the one I took on 25 August this year and highlights how slow change is in projects like this.  Worth noting that nearly all the woody plants - hazel, small flowered sweetbriar, birch, holly, sallow, oak, hawthorn, sycamore and hornbeam - have all survived the dry summer.  The one exception is the ash to the left of the birch trunk which has died (of ash dieback disease I suspect).

Generally though Emthree is less biodiverse than it was in its early years, especially in terms of the flora.  This is perhaps because it is more shady, though I suspect that many of those early plants were pioneer species that somehow managed to find a small square of open ground.

Today, as usual, there were new things to look at and to ponder like the red campion leaf filled with shot holes made, perhaps, by the caterpillar of a Coleophorid moth. 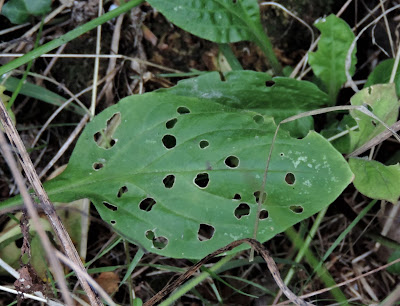 There was a large muscid fly sunning itself on the birch trunk.  A Phaonia species I think and it made me notice how regular the little ridges are on the birch bark.  All roughly the same length, the same height and similar spacing.  What are they for I wondered.  Presumably some bit of birch DNA determines their position and shape. 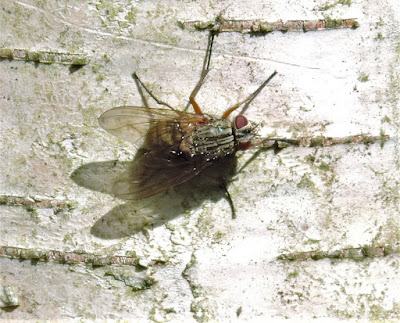