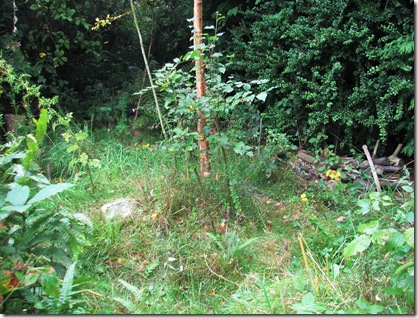 Emthree, not surprisingly, has an air of neglect about it, partly because it is the end of summer and partly due to the fact that I have not been paying it the close attention it deserves through much of this year. Yet it has remained important in my mind, it is just that sometimes my energy levels seem too low even to walk down the garden. I was 65 in 2003 when I started this project, but now I am 73 ....

Anyway, all the usual things are still in place and mostly doing well. Flowers out include ragwort, fleabane, smooth hawksbeard, herb-robert, knapweed and square-stalked St. Johnswort.

The trees are increasing shade levels and the large birch now has whitening bark at its base while the ash, now about one metre tall, looks as vigorous as it has ever done. The sallow though is indeed sallow with prematurely yellow and rather unhealthy looking leaves. 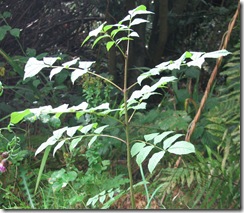 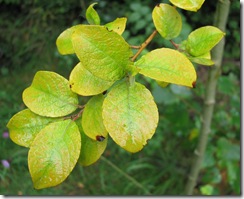 There is something like a pale greenish yellow powdery mildew on some of the box leaves and I found two species new to Emthree, both identified from leaf mines: in a bramble leaf the glossy bramble pigmy moth, Stigmella splendidissimella (even harder to spell that ‘Mississippi’) and the agromyzid fly Phytomyza conyzae, in fleabane leaves, a new record for East Sussex I think. 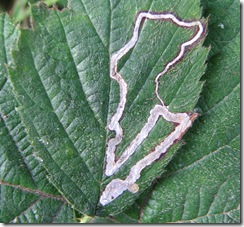 The mine of S. splendidissimella (above) is of characteristic shape which makes it distinguishable from that of S. aurella which is very common on bramble leaves.

A cool, damp September day, and I was bitten on the back of my hand between the thumb and the index finger by a mosquito, Anopheles plumbeus.